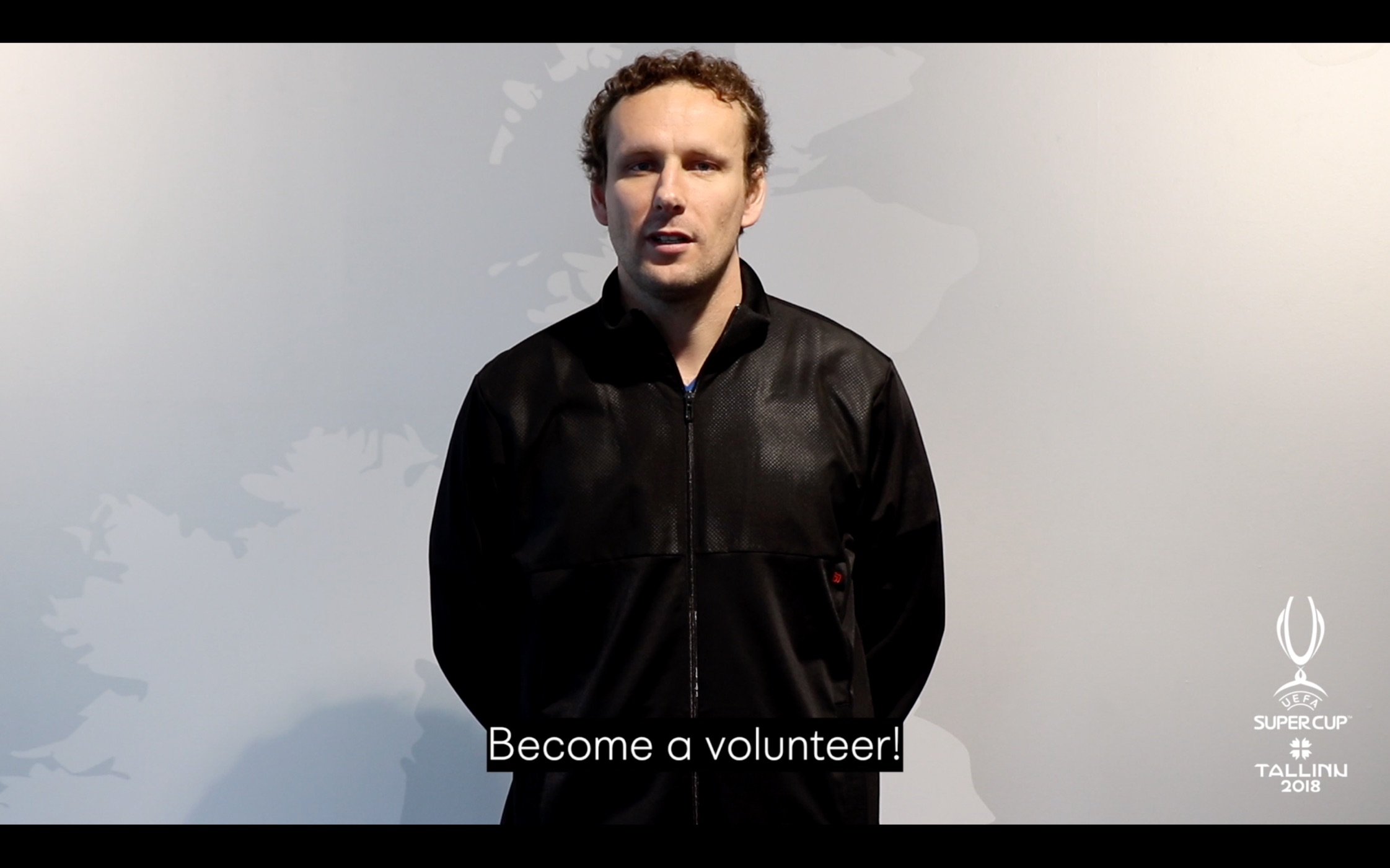 On August 15th, Tallinn will host the 2018 UEFA Super Cup and it will offer a great opportunity for people to be a part of this big sporting event. Estonian national team midfielder Konstantin Vassiljev encourages to sign up as a volunteer.

Come and help us make this event special,” says Vassiljev. „Become a volunteer!”

The midfield maestro made his debut in the national team in 2006 and recently played his 100th match, becoming the 13th player to reach this mark.

Tallinn will host 2018 UEFA Super Cup on August 15th. The application period has begun and volunteers have the chance to put their name down until April 30th.